Monasteries and Churches in Thermo

Coming from Agrinio to Thermo, just above Lake Trichonida, in a bend of the winding road, near the village of Ano Myrtia and on a conical bulge, there emerges the historic monastery of Panagia Myrtiotissa or simply of Myrtia, with a continuous history of a thousand years. It is one of the most important Byzantine monuments in Greece. Its major church is two-roomed. The current sanctuary is the older church, of the 11th-12th century. In the 16th century, a newer inscribed cruciform church was added to its west, extending westwards with the addition of a narthex in the 17th century. The frescoes in the church date back to the 12th or 13th century, to 1491, 1539 and 1712. An older extension is that of the Assumption, dating from the 12th or 13th century. The arch and apse of the current sanctuary were painted in 1491 by the famous painter Digenis Xenos, who expresses the traditional conservative spirit of the Cretan School in small and well-defined surfaces. The construction of the nave was followed by its hagiographic decoration in 1539 by an unknown artist of the School of Epirus.

The Myrtia monastery was a centre of education in that time. As Evgenios Giannoulis Aetolos, from Mega Dendro in Thermo, states “that is where highly educated men, known for their virtue served”, throughout the era of the Ottoman rule. In 1944, the monastery was burned down by German occupation troops in retaliation for the battle against them by sections of the ELAS guerrillas in the bends of Myrtia. A monument to the fallen has been erected in commemoration of this battle, where the National Resistance is honoured every year.

The twin churches of Hagios Nikolaos and Taxiarches

Heading to Thermo from Myrtia, we meet the village of Hagia Sophia, with abundant waters, fulling mills and ancient sycamore trees. The village cemetery hosts a cluster of three 13th-century Byzantine churches. The twin churches of Hagios Nikolaos and Taxiarches, and the ruined older church of Hagia Sophia, which were built during the reign of Thomas Nikephoros Angelos (1296) by his mother, Anna Katakouzenou. This area also contains slashed Byzantine inscriptions, probably of the 14th century, from the reign of emperor Katakouzenos. One of these slashed stone inscriptions bears the name Michael Zorianos, referred to as: “The Commander of the Grand Despot and Protostator of the Western phalanx”. These churches in the cemetery of Hagia Sophia are built with blocks (carved cornerstones) from the ancient temple of the Aetolians located there, which was dedicated to “Artemis Hegemone”, which is another name for this Aetolian deity. 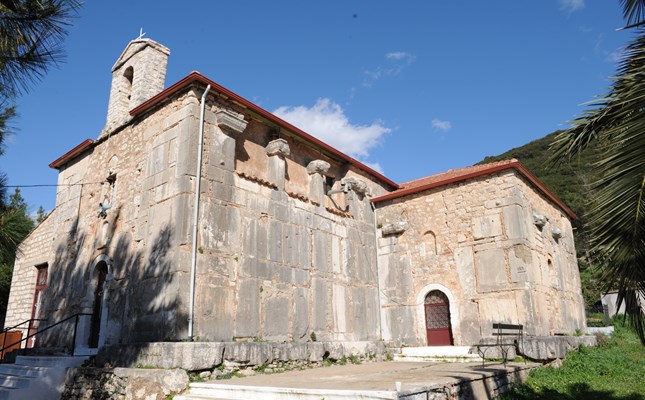 Churches in the region of Thermo

The village Argiro Pygadi (old Gkertovos) is built on the sunny eastern slopes of Mount Triantafyllia of Panaitoliko at an altitude of 1,000 metres. There are ancient walls testifying to the continuous habitation of the Aetolians in these places. The beans and chestnuts produced there used to be known as the tastiest in the area. On top of a mountain, tucked in the firs, between Argiro Pygadi and Amvrakia, there is the church of Hagios Georgios Neos. The church is stone built and covered with slabs (plates). It has five domes of architectural interest, and, according to its dedicatory inscription, built-in above the western entrance, it was built in 1847. There are two interesting icons, one of Hagios Georgios Neos and the second of the Pantokrator (Ruler of All) of the Beautiful Gates.

It is a real retreat and the oldest in the region. It is located north-east of Thermo, in the centre of a small plateau between the towering mountains and at a short distance from the settlement Mandra. It lies in a privileged location and is not easily monitored. For this reason, before and even after the revolution, it was the political and military centre of the region. The church, as stated on a sign on its facade, was renovated in 1831. The style of the icons in this monastery, characterised by simplicity and austerity, in the semidarkness of the Church, make visitors feel in awe of the Divine Being. 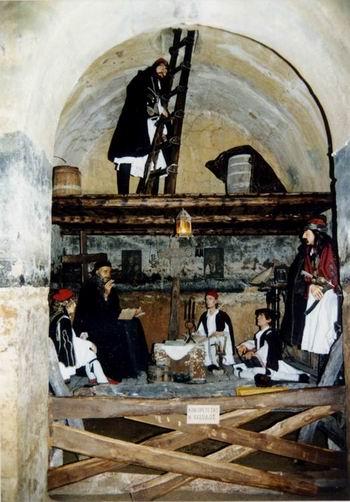 According to tradition, a Hidden School used to operate here during the Ottoman rule. The monastery has a unique underground crypt, among the cypresses, where visitors can now see a waxwork representation of the students and teaching monk. The preacher Procopius Giannelos Aetolos from Drymonas (Beriko), who also, according to tradition, was the first teacher of Kosmas Aetolos, taught in the monastery of Hagia Paraskevi. A feast is held is the square of the Mandra settlement of Thermo in memory of Hagia Paraskevi, on 26 July each year.

The venerable shrines of the great luminaries of Thermo, Evgenios Giannoulis Aetolos and Kosmas Aetolos, are located in the Megalo Dendro village of Thermo. This village hosts the church Isodia tis Theotokou, whose construction was financed by Evgenios Giannoulis. In later years, an exquisite stone-built church in memory of Kosmas Aetolos and the cells that constitute the entire monastic complex were erected on a hill that dominates the area. Performing their duty, visitors feel the need to devoutly kneel in front of their holy forms. 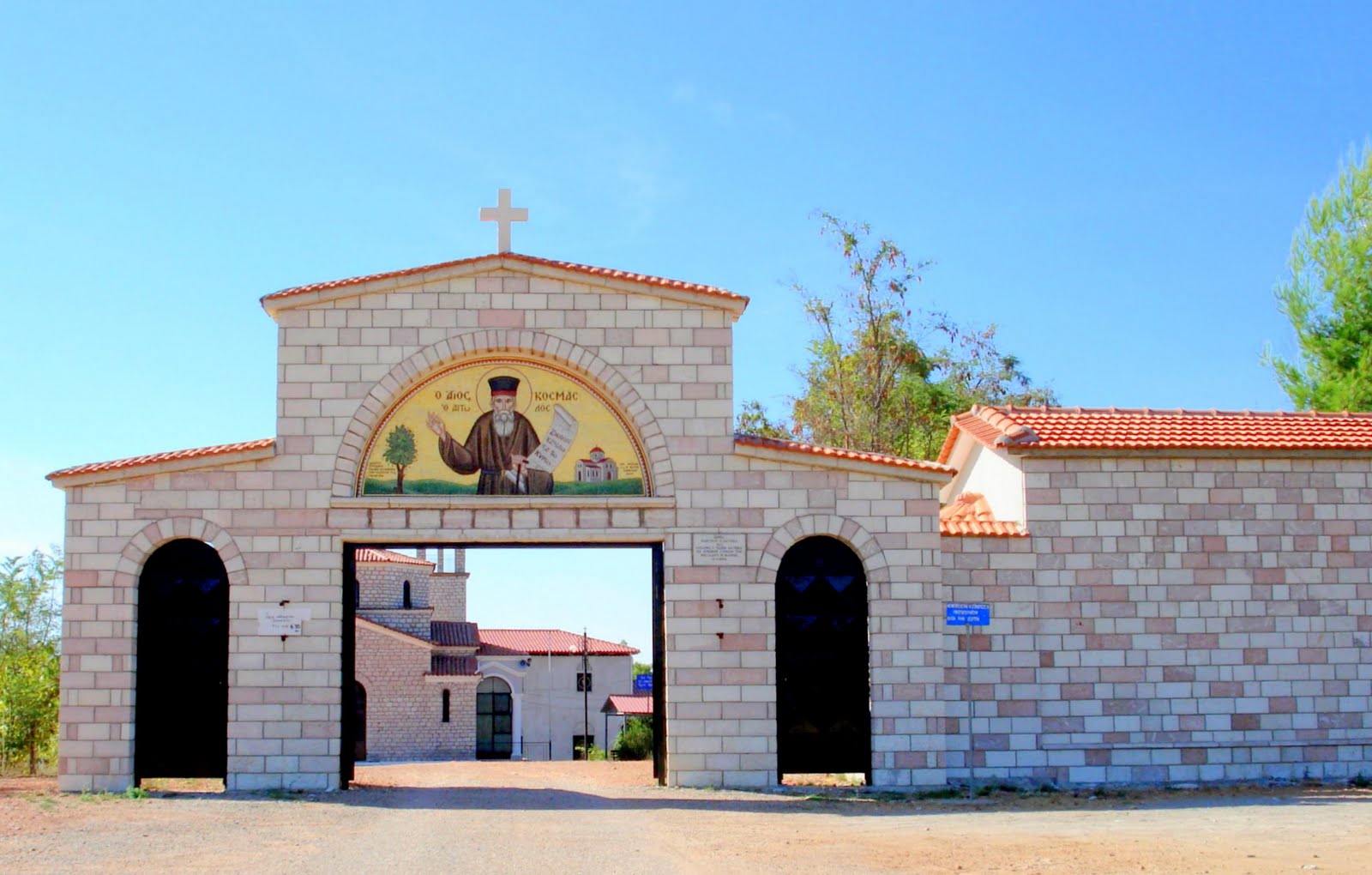